Syvota (Greek: Σύβοτα), a pearl in the Ionian Sea! A beautiful and unspoiled area in the North-Western part of Greece! 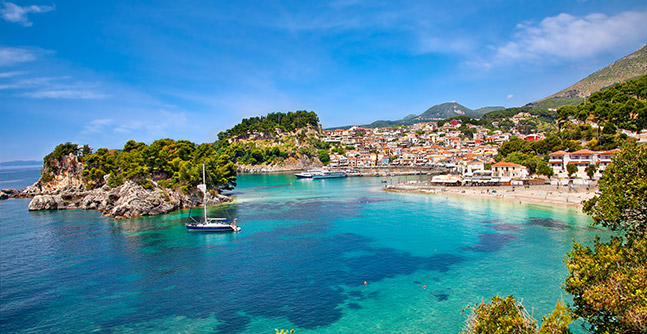 Sivota (also written Syvota) is a contemporary, picturesque, seaside village where the green scenery embraces the unique blue colour of the sea creating an idyllic location. With verdant hills surrounding the area, an enchanting bay, islets that remind of Norwegian fjords, crystal-clear waters and spotless beaches it is no wonder the choice of so many visitors that spend their vacation here every year.

Syvota, with a population of about 900 people, lies in Thesprotia, Epirus, Greece, at only a half-hour drive from Igoumenitsa.

The earliest recorded inhabitants of the region were the Thesprotians, a Greek tribe of Epirus. In antiquity, the location was called Sybota and was the site of the Battle of Sybota.

During the Middle Ages, Syvota, like the rest of Epirus, was part of the Byzantine Empire and the Despotate of Epirus. Under the Turks, it was called Mourtos. After nearly 500 years of Ottoman rule, Syvota joined Greece in 1913, following the Balkan Wars.